Everyone knows I love me a good infographic.

Spotted this one in the government's white paper and just had to repost it (recoloured so as not to jar with its surroundings, naturally). Click for a larger version.

One of my favourite ways of unwinding, or unjamming my brain if I get stuck on a project, is to go for a walk along the tow path on the Union Canal. I find I think through my feet sometimes and the stroll out west under the bridges and past the ducks, with the water always steady beside me and an unrolling familiar-but-each-time-new landscape of the canal sides to occupy my brain... I just love it.

This time of year though there's a problem, the light. Around mid afternoon the sun goes down so most of the times I might go for a walk it's pitch black, if not when I head out then definitely by the time I'm coing back (my customary walk is 2 miles out and 2 back).

A few years back Scottish Waterways lined the towpath with neat little solar powered running lights. They make it easy to see where the path runs and are (I think) kind of beautiful in themselves: 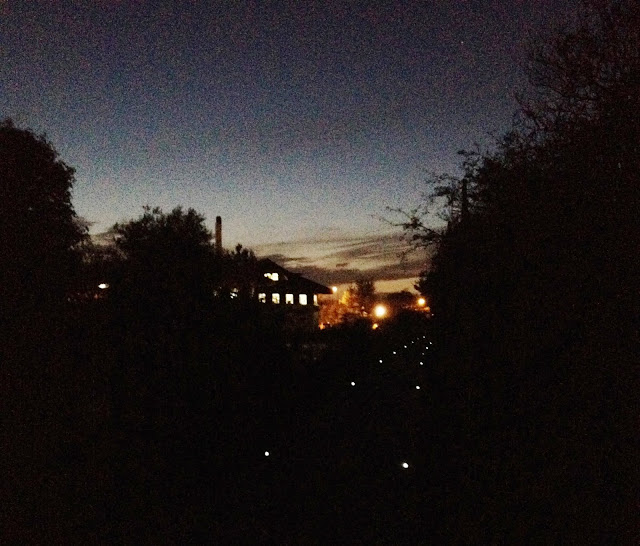 However the towpath is also a commuter run for cyclists and I was increasingly finding I was dangerously invisible to them. Nobody actually made me have to jump into the water, but on a walk a few weeks back several riders nearly ran straight into me on the return leg, and being apparently invisible (but not permiable) was taking a lot of the fun out of the walk.

Happily Justin's cycling habit came to the rescue and he's loaned me a visibility armband thingy so now when I go stomping I have little red lights on one arm. 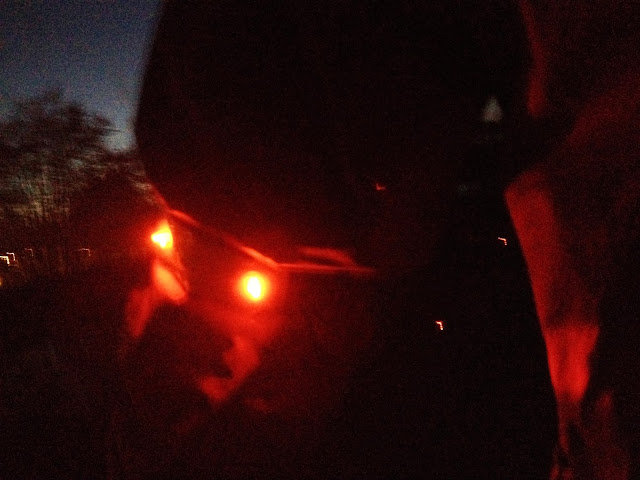 Kind of a "I'm here please do not try to cycle through me!" alert. It works too. Winter walking is a peaceful and relaxing experience once more. Hurrah for the LED!
Comments

Anita brought these to my attention a while back and I keep meating to share them: new cover art for some of Terry Pratchett's Discworld novels. They're beautiful and inspiring.

It's hard picking a favourite but I think mine is probably this: 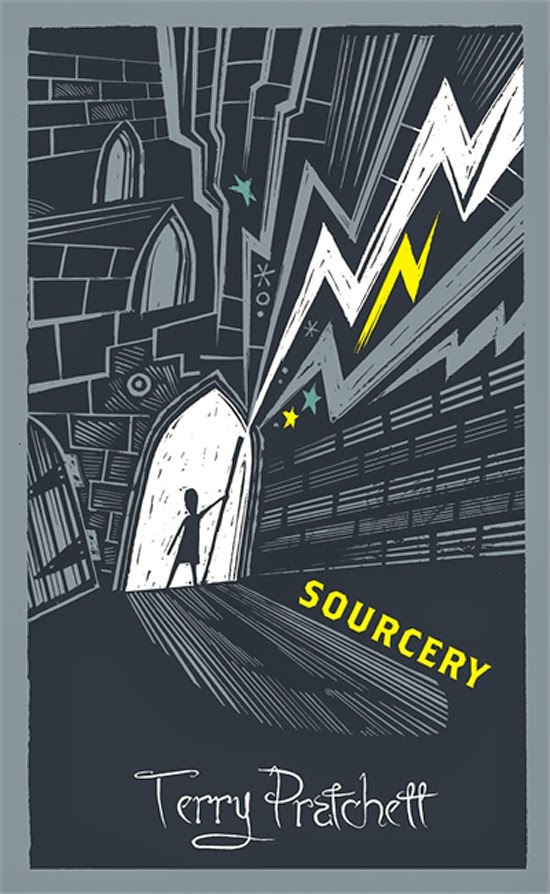