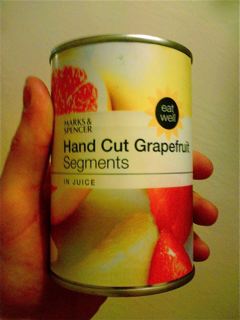 makes me very happy. The fact that I get to take a break from work for a whole 11 days tomorrow also makes me happy - I need a break.
Comments

Today at work I got a rather exceptionally nice bottle of whisky from a client, by way of a "thank you" for helping them out with a couple of tricky last minute design jobs this year.

This means I now have seven single malts in my drinks cabinet, five of which are from limited runs of varying degrees of exclusivity, and two of which are older than I am.

Today at work I went Go-Karting.

Working in marketing is great. It's not usually quite this great though. We had out whole company xmas bash today. I was only able to go to the day bit, but the fact that there were bits rather than just a meal out somewhere* is quite something I guess. "Day part" was a Go-Karting grand prix in West Yorkshire. So the first part of my day was spent chatting on the train. Then (after lunch) I was assigned a co-driver from the rest of the company at random (we were scrambled** into teams of two) taught some stuff about karting and rules, and then set loose on the track for a long-ish race.

Also I got a trophy.

Oh and if you're prepared to wade through all the nested footnotes you might detect a hint that some of my colleagues played less than fairly. I don't think I'm endangering my job any by mentioning that - of the podium finishes - mine was the only team who played by the rules. A Pyrrhic victory for us perhaps, but one we cherished nonetheless.

*Not to say there's anything wrong with that - There's a meal out somewhere for just the Edinburgh office next week and I'm really looking forward to that
**The colleague who organised this shindig cheated a little*** in "randomising" the teams, and selected my boss as his co-driver, because she is a: tiny and b: awesome at Go-Karting
***and a lot on the track! Not that he was the only one...
Comments (2)

Barely 25min later I'm home again having sorted 1 & 2 at a proper card shop and 3 at a little supermarket.

Yup. I love living in the city.

Did I mention I'm moving?

That's not as perverse as it sounds. OK, I will be more than doubling my current commute, but that still only makes it a pleasant 15 minute walk, and for that (and some more cash each month) I get to keep my excellent flatmate (Hame's moving too,) but lose my dreadful noisy neighbours, cramped street parking (new flat has a garage! oooh!) and falling-to-pieces kitchen.

Don't get me wrong, I've loved living here in this little place, but it is... little there's the garden of course which in theory offsets the smallness, but it's north facing, which at this latitude makes it useful as a place to be for only about 45 minutes of the year. And they're usually minutes I'm at work.

So we move! The new place is bigger, has two bathrooms (YAY!) and at least as much oddball charm as this place. But with thicker walls.
Comments

quick, look over there

Actually it is a fascinating little snippet of test they have if you have 10 mins spare (I'd have a pen and paper handy though). I got 13 out of the 15 right. Two of the mathier ones floored me.

The only annoying thing is that it didn't tell me if that meant I would or wouldn't have gone to a grammar school - anyone know?
Comments (2)